A few years ago I got really into a band named Mason Proper. In fact, their release of Olly Oxen Free was one of the first albums I ever wrote about way back in July of 2009.

Alas, there hasn't really been much new music from Mason Proper, but I think I know why: frontman Jonathan Visger is hard at work on his solo project Absofacto.

Yesterday he released this new single "Backfire," and I thought I'd share it today as Song of the Day because it's just plain old good.

Written and produced by Jonathan and Brian Konicek (also a member of Mason Proper), the track is part of the band's [Loners] series (i.e., they have no official album to call home). But that's okay and all, because we're more than happy to give the songs some love over here. 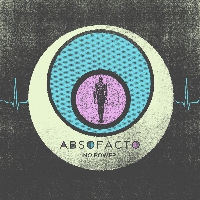