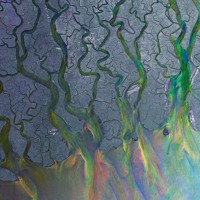 Jason Grishkoff
Published:
Sep 06, 2012
Total plays:
33,339
Saved:
178 times
Sounds like: Wild Beasts, Zulu Winter
Tags: indie rock, remixes, experimental
Why do we like this?
Alt-J have found a comfortable spot in my top 10 "best discoveries" this year. When I first heard them a couple months back, I was instantly captivated by their creativity and skill.

The band's planning to release the album An Awesome Wave in the US on September 18th (it has already been streaming on Soundcloud for months now), so it only makes sense that they'd release this official remix by Jim James to generate a bit of hype.