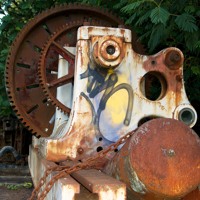 Astronauts In My Direction

Following up popular track "Skydive," Astronauts has just released their single “In My Direction” from their Hollow Ponds album.

With its punchy intro, the Gonzalez-like guitar riffs, and breathy vocal harmonies, it’s a winner. London-based singer/songwriter Dan Carney seems to be getting it right, with consistent blog pick-up, radio plays, podcast features, and remixes. He's also lining up some European tour dates.

Carney, having recently collaborated with Armenian production company Manana Films, has also released a video for the single, which -- while it radiates a somewhat eerie and unsettling tone -- fits with the song's mysteriousness and allure.

Hollow Ponds is available on iTunes, and "In My Direction" is now available for single purchase and for streaming on Spotify.