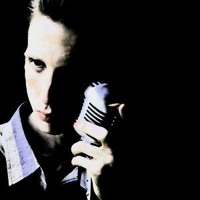 Devin Duckworth
Published:
Oct 21, 2010
Total plays:
17,861
Saved:
49 times
Sounds like: Panda Bear, Deerhunter, Animal Collective
Tags: experimental, psychedelic, shoegaze
Why do we like this?
Bradford Cox is an interesting fellow to say the least. Best known for his role as the lead singer of Deerhunter, Cox's solo project, Atlas Sound, is where his musical genius taps into something otherworldly. While most artists prefer to write their music before entering the recording studio, Cox's method of creating his ethereal sound is stream-of-consciousness; he does not write his lyrics in advance. In other words, Cox seeks to portray his point of view by giving the written equivalent of his thought processes. Apparently all of Atlas Sound's recordings are done in an hour. Talk about unadulterated musical talent!

Atlas Sound began in the wake of Deerhunter due to the fact that Cox couldn't fit his palette of ideas into the work of a five-piece band. His breakout album, Let the Blind Lead Those Who Can See but Cannot Feel (2008) was dark yet mystical, while Logos, his newest full-length album released in 2009, received a rainbow of positive reviews from it's listeners. It was definitely the album that defined Atlas Sound as something alarmingly profound and stylistically effervescent.

The lyrics of Let the Blind Lead Those Who Can See but Cannot Feel are autobiographical in nature and reflect personal experiences while Logos refrains from being personal. Cox was quoted saying, "Logos was written in several parts of the world, and is not about me. There are collaborations with other musicians. The view is a lot more panoramic and less close-up. I became bored with introspection."

"Walkabout," the esteemed track with Animal Collective and Panda Bear singer Noah Lennox, is probably one of the most upbeat songs you'll hear in all of Atlas Sound's musical archives and it is definitely one of the most memorable. The lyrical phrase "forget the things you've left behind, through looking back you may go blind" is hauntingly terrific. The romantic ode "Sheila," proves to be the goldmine of the album with its quirky yet catchy idioms, like "and when we die, we'll bury ourselves cause no one wants to die alone"¦ we'll die alone together."

Logos lures you in with its array of dreamy landscapes, offering you an abundance of shoegazey tracks and vibrant psychedelia. Cox's soft voice floats above the surface of his hypnotic beats giving you lucid hallucinations of little indie children running through tall grass, giggling as they go.

The success of Bradford Cox is well deserved and I can only imagine that more recognition will come his way. Whether or not he continues on this yellow brick road of superlative sound, one thing is for certain: this Georgia native is fucking brilliant.
- Google Devin Duckworth
Streaming source: http://soundcloud.com/rslblog-com/atlas-sound-terra-incognita
TOUR DATES
View all X tour dates for . 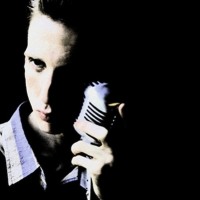