B Wise Lately (Prod. by Dopamine)

B Wise is a rapper from Sydney who has been delivering a progressive style of Australian hip-hop over the past year or so.

I must say that the current Donna isn't as massive a fan of Australian hip-hop as 16-year old Donna was, but there is something in the narratives B Wise creates that makes me excited about his future releases.

"Lately," produced by Dopamine, is a smooth track shows the versatility to Wise’s sound, which will be showcased on his debut project, currently in the works.

Fans of Australian hip-hop may have seen him performing around the country, supporting the likes of Thundamentals' MC Tuka, G-Eazy, Jackie Onassis, Diafrix, Kid Cudi and many others.

Keep tabs on B Wise by following him on SoundCloud and Facebook. 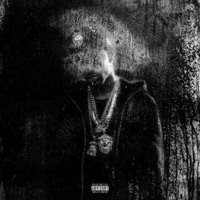