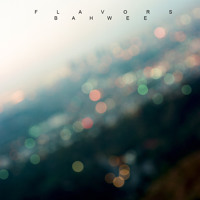 David Peter Simon
Published:
Jul 18, 2011
Total plays:
20,155
Saved:
88 times
Sounds like: Flying Lotus, dimlite, Prefuse 73, Teebs
Tags: hip-hop, experimental, trip hop
Why do we like this?
Soothing trip hop, beats that move from side to side like a game of tennis in your head, and samples that throw you back to the early Flying Lotus days -- beat tapes like these are few and far between.

I discovered Bahwee while sitting on a plane, and I have to tell you that it wasn't only the fact that I was midair that made me feel like I was floating. The first song's sample -- featured from "Home Videos" -- basically sums up my feelings towards this album: we, as music listeners, have been programmed to think only one way about what music should sound like... and producers like Bahwee come around and shatter that reality with fresh-sounding stuff.

In my opinion, Flavors is a testament to the new age of media, i.e. the ability for young artists to now conceptualize, produce and disseminate their own music.

Songs on this mixtape are fantastically mellow. I love the ethereally washed-out female voice on "Blur" and was pleasantly reminded of Prefuse 73 with tracks like "SF" and "HereisWhere." While not necessarily something to rock out to, these are no dubstep/techno/house beats; the songs are still exciting enough to make your head bop. They're best enjoyed during a midnight drive for donuts or walking around the night markets in Asia (for those of you who travel).

While Flavors may have never been intended for release and this review is nearly a year too late, I feel like these songs deserved recognition. Still emerging on the scene, Bahwee is a 23-year-old musician and producer from Southern California that runs the music label HW&W Recordings (with a fat roster of members like Juj).

He is also a member of the visual art and beat collective My Hollow Drum (known for producing Teebs, a childhood friend of Bahwee's) and will be putting out an album on Alpha Pup. Just goes to show you how amazing the beat scene is in L.A. right now, so if you're lucky enough to be living around those parts, you ought to be hitting up all the shows they're putting on. These are guys to definitely keep on your radar

Bahwee's official EP debut, The Gap, will drop sometime soon. I got the chance to talk to Bahwee and heard that he's been listening to a lot of The Weeknd and Lex Luger so, understanding that musical influence doesn't necessarily mean reflections of sound, I'm excited to see what he mentions as the logical maturing of his music. During the downtime, be sure to like Bahwee on Facebook and follow him on SoundCloud and Tumblr.
- Google David Peter Simon
Streaming source: http://soundcloud.com/profoundsounds/bahwee-peach-flavored
TOUR DATES
View all X tour dates for .