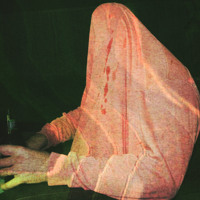 Hugh McClure
Published:
Jun 03, 2012
Total plays:
6,119
Saved:
45 times
Sounds like: Passion Pit, Scissor Sisters
Tags: Electronic, electro-pop, synth-pop
Why do we like this?
Western Australia is a long way away from my home, Sydney "“ some 4,000km (2,500 miles). Given the distance, a lot of their up-and-coming acts are overlooked on the East Coast. The best can't be ignored for long though, with the likes of San Cisco and Tim and Jean drawing more attention to the West Coast in recent times. Bastian's Happy Flight are the next.

The funk-friendly five-piece have been steaming up the dance floor for awhile now, releasing their debut EP EP01 last year. This saw them signed to UK label Mullet Records, which gave their music an introduction to an international audience.

Their music is impossibly fun, and their clear 80s influence and overall exuberance is infectious. "RELATIONSHIPDENIAL" is their latest single, and will appear on their sophmore EP due out later this year. Synth and funk heavy, it's been described by chief songwriter Will Slade as "a bromance track, essentially melodramatic pop." Sounds simple? The track contains over 50 channels of instrumentation, from guitars and synth to falsetto choirs and a ridiculously smooth sax-solo.

With the band up for a number of Western Australia music prizes, surely it won't be too long till they're getting the respect they deserve outside of their home state. Enjoy. I did.
- Google Hugh McClure
Streaming source: http://soundcloud.com/bastians-happy-flight/relationship-denial-free
TOUR DATES
View all X tour dates for . 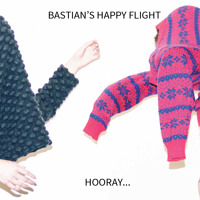