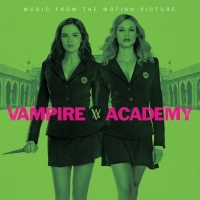 I wasn't necessarily expecting a new CHVRCHES song, but then again -- I'm not the best at paying attention (particularly where movie soundtracks are concerned).

Turns out the band decided (or were asked) to cover Bauhaus' "Bela Lugosi's Dead" for the upcoming movie Vampire Academy. Bauhaus, of course, is a 70s/80s gothic band out of the UK. In fact, many consider their release of this song in 1979 to have been the first real gothic rock track.

History aside, I quite like what CHVRCHES have done with this track. You'll be able to see it in action when Vampire Academy is released in February.