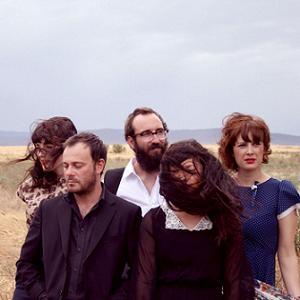 Bayou Leader of the Pack

If their first offering is anything to go by, Melbourne's Bayou are set for big things. Formed last year, this three-girl/two-boy have just released their debut EP, a climactic and often eerie four tracks which tell a captivating story.

For those who like Warpaint, this is definitely a group you will enjoy. The intertwining vocals of Angela Flood and Cheree Dobra are a standout throughout the EP. Evocative and haunting, they prove a perfect accompaniment to the featured heavy bass lines and abrupt percussion.

First single "Leader of the Pack" starts softly but slowly builds into a powerful chorus of dominating guitar and chanted vocals. It tells a tale of sorrow and revenge effortlessly. Without vocals for lengthy periods, the band is left to carry the tracks, highlighting the group's completeness. "No man is an island" is touching and poignant, probably the most subdued track on the EP. A beautiful finale concluded with gentle piano accompaniment.

Not much is known about this band aside from their obvious talents. With this release, they are bound to come to the fore sooner rather than later. 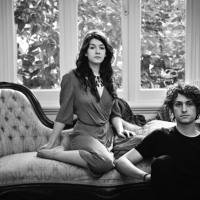