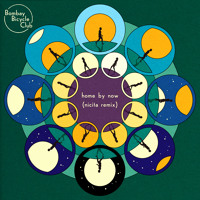 Zach Nicita is keeping it supa dupa fly (Missy Elliott voice) on his latest remix of "Home By Now" by Bombay Bicycle Club.  The MS MR drummer has been golden on pretty much every remix he's released thus far, and am curious how far he is going to take his crafty skill of producing fresh remixes.

The original version of this song can be found as the fourth track on Bombay Bicycle Club's recently released album So Long, See You Tomorrow.

At any rate, and until the next remix by NICITA, hit repeat then pop on over to his SoundCloud for other remixes.