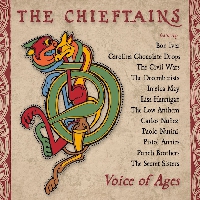 Bon Iver Down By The Willow Garden (Ft. The Chieftains)

Folk's golden boy at the moment is no doubt Justin Vernon. The success of his most-recent self-titled album Bon Iver was far reaching, such that he has essentially become part of the mainstream. And so, it's nice to see him get involved with some of the truest folk on earth: that from Ireland.

The Chieftons have been going at it for the better part of five decades, and are now gearing up to release an album by the name of Voice of Ages, which will feature collaborations from the likes of The Decemberists and The Low Anthem.