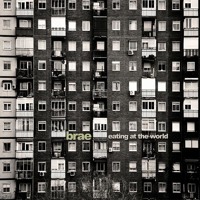 Christiana Bartolini
Published:
Jan 10, 2012
Total plays:
19,281
Saved:
24 times
Sounds like: Aloha, The Appleseed Cast, Beulah
Tags: indie rock, indie pop, indie folk
Why do we like this?
Who knew that this single is from Brae's third full-length album? Apparently under the radar, Brandon Husken (lead singer & multi-instrumentalist) is ready to spread the word about Brae and all its greatness, and I'm listening loud and clear.

"Another Time and Place" is taken from Brae's upcoming album of the same name which drops on January 27. This single is the epitome of a well-rounded folk-pop anthem, with a mellow and heart-wrenching undertone. Fast-paced drums, intricate electric guitar, classically strummed acoustic guitar, punchy keys, slithering bass, and, of course, a tambourine all make up the perfect recipe for a brilliantly constructed indie folk classic. If Brae hasn't caught on in the music scene yet, I bet they'll be catching some steam soon.

Brandon Husken's vocals are beautifully accompanied with female harmonies which thickens the overall theme. The lyrics are uplifting, empowering, wise, and open for interpretation -- elements that I find are the most relatable in music.

If you're feeling Brae's debut single then keep a look out for their third album, Another Time and Place, set to release on January 27.
- Google Christiana Bartolini
Streaming source: http://soundcloud.com/brae/01-planks-and-haystacks
TOUR DATES
View all X tour dates for .