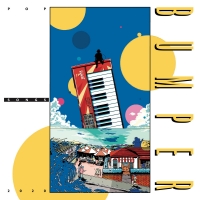 Despite being a few weeks late of making it into the summer that never was, the new collaborative duo, BUMPER, released one of the most summery EPs of the year with pop songs 2020. This EP stems from the collaboration of Japanese Breakfast's Michelle Zauner and Crying's guitarist, Ryan Galloway.

While Japanese Breakfast sits comfortably in the indie/experimental lo-fi pop realm, the music of Crying ranges wildly from indie rock and synth-pop to chip-tune and bit-pop. The blend of these two musicians' styles, in theory, would likely result in something resembling hyper-pop and the PC Music collective. In practice, these two create amusing and lighthearted experimental pop which could easily belong on the soundtrack to the Wii Shop Channel.

In displaying the artistic sentiments of these musicians, the second track, "Black Light," serves as the most well-executed effort of their fusion. Creating a rhythmic drive with a deadline payphone tone, this cut settles into a laid-back groove reminiscent of groups like Boards of Canada. Zauner layers her sultry voice on top, singing of seeing her love interest in the black light late in the night.

The texture of synthesizers evokes clear influences from new wave groups a la Tears for Fears (a clear influence of Zauner, given Japanese Breakfast's cover of Head Over Heels), and the bass on the chorus is buzzy and beefy in the best way possible. There's a flourishing synth solo that displays Galloway's abilities at the keyboard, followed with guitar riffing on the outro as well.

Overall, the atmosphere of this track is a synthesis of technopop and alternative R&B that perfectly captures illicit summer romance. 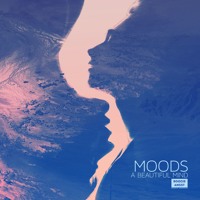 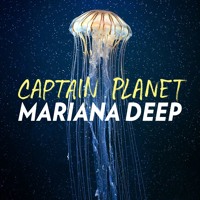 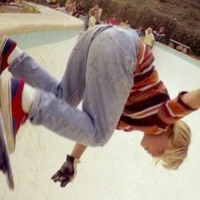 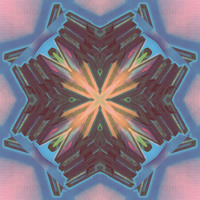