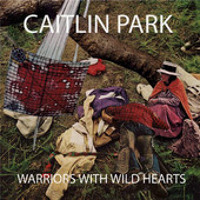 Hugh McClure
Published:
Oct 21, 2011
Total plays:
16,574
Saved:
23 times
Sounds like: Feist, The Books, Tim Fitz
Tags: female vocalist, experimental, folk
Why do we like this?
Caitlin Park caught me by surprise. She's not completely new to the Sydney music scene, having released an EP Warriors with Wild Hearts last year. She was also a finalist in the FBi Northern Lights Competition, which I thought I paid pretty close attention to. A few weeks ago I stumbled on her newly released album Milk Annual on Bandcamp and was instantly hooked (and slightly embarrassed for not having found her before). Luckily it was the same week she was playing locally too, convenient timing!

Caitlin is not your regular folk singer. Milk Annual combines her beautiful, heartwarming vocals with interesting soundscapes, looping, and sampling to create a completely original sound. Caitlin's samples give her music an intriguing edge "“ her obsession with film and sound having been cultivated during a stint working at a cult video library. Children's screams, struck matches, and irregular heartbeats, as well as quirky speech from old film, might sound an odd mix, but they work perfectly together.

"Baby Teeth" uses hypnotic clapping, minimalistic guitar, and smooth, looped vocals to give the track a warm feeling, despite its discussion of inner battles. "Warriors With Wild Hearts" was recorded using samples from a public school orchestra, a wonderful concept. "Jack, Where You At?" tells the story of Caitlin's grandparents and their relationship. More of your typical folk song, this is so beautiful and uncomplicated, a duet between her and Belles Will Ring's Aiden Roberts.

Milk Annual is an album rich in creativity and innovation, as well as song-writing. I would normally wish there were more artists like her, but I don't think there are many who could pull her music off. Caitlin is one of a kind, I'm grateful I finally found her. 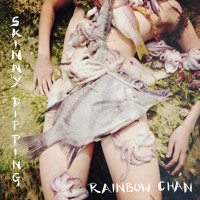