Jason Grishkoff
Published:
Mar 22, 2010
Total plays:
8,426
Saved:
15 times
Sounds like: Bonobo, The Books, Four Tet
Tags: ambient, experimental, electronica
Why do we like this?
Canadian Dan Snaith, aka "Caribou", has a history of dramatically altering his sound with each subsequent release. Throughout all his albums he has used electronic psychedelia, krautrock rhythms, and breakbeat drums to create a swirling, lush, musical panorama. With "Swim", Snaith appears to have heavily favored the electronica and breakbeat. The result? An epic flow from which one song can't justly be pulled.

Snaith previously went by the name "Manitoba", but changed it under threat of a lawsuit by Handsome "Dick" Manitoba, frontman for The Dictators. Snaith is quoted as stating that he chose the name "Caribou" while on an LSD trip with friends in the Canadian wilderness. This album makes me wonder if he is still there.

He has recorded four full lengths:

Start Breaking My Heart, a jazzy, "folktronica" idm album, Up In Flames, the critically acclaimed shoegazer with analog synths and sometimes live, sometimes sampled drums, The Milk of Human Kindness, his krautrock-inspired album that bleeds 70's prog and 70's drugscapes, and the psychaedelic pop record, Andorra which landed him the prestigious 2008 Polaris Music Prize on September 29th, 2008 - Last.fm 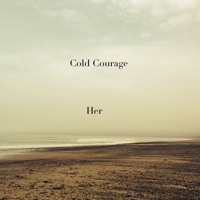