Childish Gambino Think of Me

It's been almost a year since Donald released his free mixtape Royalty, and two months since he produced Kilo Kish's tracks. We've missed him. So, you can imagine how stoked we are to hear a new track like this -- and, best of all, it's a return to his Culdesac days, with tight world play and impressive flow. I'm loving his typical introspective lyrics; it's always nice to hear a star share the mundane feelings of the everyday, especially when it's over a sweet soul-style sample off Funk Master Flex's tape, produced by Chemist.

This track is on the DJ's newest release, Who You Mad At? Me Or Yourself?. The legendary mixtape master dropped tracks that'll remind you of the good 'ole days - an homage to his 90s compilation series. The epic track list features big names like Cam'ron, Lil Wayne, J. Cole, Fabolous, A$AP Rocky, among others. Seriously, the list goes on and on: it has almost 50 tracks. Damn.

This is a great album from FMF, with an amazing contribution by Childish. Check out the entire mixtape through his app. Didn't have those back in the 90s...

We sincerely hope it won't be another year until we see more pure Childish tracks. Stay on top of Donald news on the fan website forever Childish. 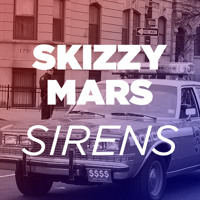