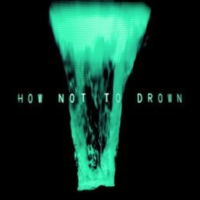 CHVRCHES How Not to Drown (Ft. Robert Smith)

2020 was a tough time for everybody. The world was in crisis; the sheer chaos that transpired globally coalesced violently with the subjective experience of personal trauma on an individual level. We all felt it in one way or another, and it would be remiss of me to say that any single soul escaped completely unscathed.

2021 has been calmer in comparison, maybe a little bit more stable, but I think many of us are still feeling the effects of depression, isolation, disillusionment, and anxiety as a result of last year’s shitstorm. But that’s okay because we’re not alone. We have each other, and we have CHVRCHES, who not only understand but have been going through it too.

“How Not to Drown” is a dark, brooding, and emotive offering from the alt-rock masters, and features a milestone collaboration with The Cure’s superstar frontman, Robert Smith. It’s a song about picking yourself up after you’ve been left for dead, and despite the pain and heartache inherent in the track, CHVRCHES are experts at putting an empowering and liberating spin on things.

On social media, lead vocalist Lauren Mayberry shared her inspiration behind the song:

“These lyrics are about a time when I just wanted to disappear, and the only time I ever thought about quitting the band. I felt like I was in over my head at the deep end and not sure how to get back. But I did get back. And if you’ve felt like that, I hope you find your way back too. This is the chapter on what to do after they dig you up.”

Smith and Mayberry’s vocals spiral around each other intricately, with the former’s classic, grounding alto providing a solid backdrop to support the lofty, soul-stirring musings of the latter. The result is a powerful, heart-wrenching stroke of creative genius that’ll get you every time.

“How Not to Drown” was released as a single ahead of CHVRCHES upcoming fourth studio album, Screen Violence, due out August 27 via Glassnote Records.

CHVRCHES - He Said She Said