Cloud Cult Running With The Wolves

Jason Grishkoff
Published:
Jun 30, 2010
Total plays:
9,367
Saved:
23 times
Sounds like: Stars, Destroyer, Say Hi To Your Mom
Tags: indie rock, indie pop, experimental
Why do we like this?
I could have made this up, but I think Cloud Cult faced a lot of pressure leading up to this album. That pressure, specifically, was to produce something that sounded different to the prior eight(+) albums they had released. So, how's it hold up? Surprisingly well, actually. While the album isn't officially out in stores until September 14th, the group has released it digitally on their website. I got my hands on a copy yesterday, and have since given it two listens. You might consider this review to thus be a rather quick judgment, and if that's the case, take it with a grain of salt! Frankly, I'm more inclined to let the music stand for itself than to provide any sort of "critique". But here we go...

The eight prior albums by this non-profit group certainly found an enormous amount of musical inspiration in the unfortunate death of Craig Minowa's infant son in 2002. I find, however, that with "Light Chasers" they have moved past a thematic ambiance of dwelling on the past. This in and of itself leads me to conclude that they haven't screwed this one up.

Indeed, with "Light Chasers", Cloud Cult have managed to maintain their experimental edge, pushing the boundaries of what has and what has not been attempted. For one, there's a good presence of electronic influence, including substantially filtered drums. "The Exploding People" is probably the best example of this electronic inclination.

Really though, how do you explain an experimental sound? I can't do it very well, so I'm just going to cut this short and loop back to something I said earlier: this music has to be listened to for you to draw your own judgment. Music is more powerful than words, especially when one is reviewing an album. I'll let you take the reigns now...
- Google Jason Grishkoff
Streaming source: http://soundcloud.com/sinstone/09-running-with-the-wolves
TOUR DATES
View all X tour dates for . 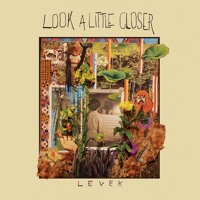 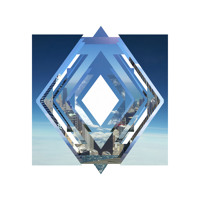 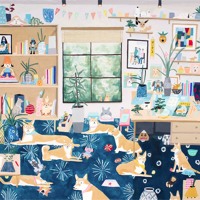