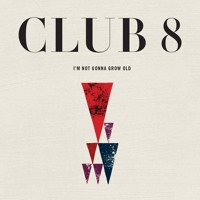 Justin Lam
Published:
May 11, 2013
Total plays:
12,367
Saved:
123 times
Sounds like: Little Boots, Kimbra, Saint Etienne
Tags: female vocalist, indie pop, dance
Why do we like this?
I'm glad that we can always count on Sweden for the most delectable and elegant indie pop. Club 8 duo Karolina Komstedt and Johan AngergÃ¥rd are, believe it or not, getting set to release their eighth album, Above The City, having released their debut album back in 1996. As old as they might be, there's no doubt that they're still sounding as fresh and modern as ever.

"I'm Not Gonna Grow Old" is the second single from the album, and it is a delightful sentiment. It's yet another catchy indie pop piece infused with disco strings, anthemic choruses, well timed "oh oh ohs," and just enough dance sensibility. We're all going to grow old, but here's hoping that this track makes you feel that much younger today.

Above The City  is out May 21, 2013 through Labrador Records.
- Google Justin Lam
Streaming source: https://www.youtube.com/watch?v=ACj976xkQ30
TOUR DATES
View all X tour dates for . 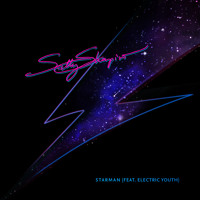