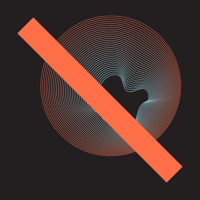 Aaron Blum
Published:
Apr 04, 2013
Total plays:
24,631
Saved:
189 times
Sounds like: Flume, Boards Of Canada, Tycho,
Tags: Electronic, ambient, chillwave
Why do we like this?
While blending drum and bass with the freshest 80s synth sounds, there isn't a mission impossible for Com Truise (get it? Good thing I haven't left my day job for stand-up comedy.), who just dropped a new track called "Idle Withdrawal" that was instantly favorited and repeated.

"Idle Withdrawal" waves in and out of a spacey galaxy while pulverizing your ear drums with heavy synths that almost put you in a state of trance -- I think I fully went under at the 1:36 mark.

Com Truise released an amazing album, In Decay, back in July 2012 and I haven't caught wind of where this track, if at all, may end up.  Perhaps a new album?  Perhaps he's just spreading some Tru love?  Okay, comedy hour is over.  His SoundCloud page reveals "This track was meant for another use, but I decided to share it!" So there you have it.
- Google Aaron Blum
Streaming source: http://soundcloud.com/com-truise/idle-withdrawal
TOUR DATES
View all X tour dates for .