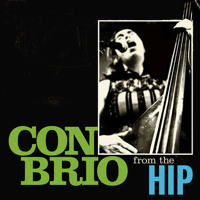 I remember seeing a flyer posted on Telegraph Avenue in Berkeley, CA advertising an upcoming show. The band playing described themselves as an "East Bay indie-rock group." While it might sound like a vague and generic description, at least the band knew exactly what their music sounded like, and they wanted you know it.

If San Francisco group Con Brio were to put up a flyer for their show, it might read something like this: "Well we're definitely soulful... and there are certainly a lot of elements of jazz and blues in our music, but I don't know if you could call us a jazz or a blues band. Oh, we're also pretty damn funky too."

Maybe their flyer would have to be broader: "Do you like good music? Do you like live music? How about music that you wouldn't know quite how to categorize, but know that you want to start moving your hips when you hear it?" It's true -- it'll start with your shoulders swaying from side to side, then your feet start to pick up. The next thing you know you've grabbed the stranger next to you and you're both grooving to the loud yet melodious sounds of Con Brio.

Playing the piano, organ, saxophone, drums, trumpet, electric guitar, and the stand-up bass, the five-piece band has been together for just a year and a half, though their tight and cohesive sound would suggest they've been jamming together for years. With clever and at times downright profane lyrics, lead singer Xandra Corpora commands your full attention. Corpora's range channels classic soul and gospel singers whose heyday was well before she could even talk.

What sets Con Brio apart from so many bands I've heard over the years is the fact that they are truly a band: not merely a set of backing musicians behind a talented singer. While the prospect of having to share a stage with Corpora's voice sounds daunting, every musician in Con Brio will happily step forward to let you hear exactly what they can do. 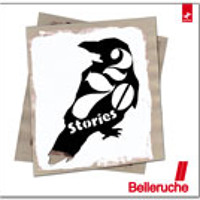