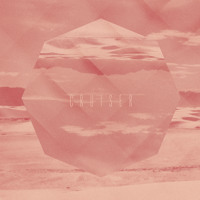 Usually, you don't expect much to come out of a quick recording in your apartment. Some demo sent off to someone who won't listen to it anyway, right? Well, sometimes someone is listening out there, and such was the case for Philly-based singer/songwriter Andy States. He chooses to go by the moniker Cruiser, and he recorded his demo with Producer Jeremy Park (of Youth Lagoon) and has crafted a short and sweet debut EP. You can clearly tell why Park picked him up and wanted to see this project through, because States' catchy melodies are very engrossing.

This song,"Moving To Neptune," starts with guitar hook that is accentuated with a funky beat. He maintains the main vocal hook throughout the song, mixing up words but still holding strong to the melodic structure. Cruiser's songs are polished and unabashedly pop-oriented, and at times fall somewhere between the sounds of Passion Pit and Starfucker, siding with the more experimental grooves of the latter. It's a solid start for Andy States, and I'm sure we'll hear much more from him soon.