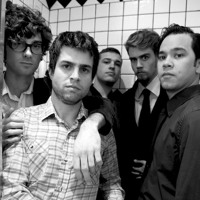 Hannah Levy
Published:
Dec 13, 2011
Total plays:
4,480
Saved:
14 times
Sounds like: Malvoeaux, Toro Y Moi, Baths
Tags: Electronic, electro-pop, downtempo
Why do we like this?
I randomly stumbled upon this track after a series of clicks while listening to some new music by San Diego-based Jamuel Saxon. They're gearing up to release their debut LP, Pre-Madonna, on January 17, 2012, and I've been hearing a lot of good things!

Jamuel Saxon is an electro-pop outfit that veers more into the electronic R&B beat making territory. They actually refer to it as "intelligent dance music." Hence the awesome remix.

I had never heard of Cuckoo Chaos (another San Diego band), but I'm glad I did. Jamuel Saxon's remix of "Just Ride It" is infectious, but so is the original song -- and a bunch of their other music. Check out their stuff here.

If you're in San Diego, you can join party at the Jamuel Saxon album release show on January 19, 2012 at The Casbah.
- Google Hannah Levy
Streaming source: http://soundcloud.com/jamuelsaxon/cuckoo-chaos-just-ride-it
TOUR DATES
View all X tour dates for .