Max Jacobs
Published:
May 30, 2011
Total plays:
20,284
Saved:
59 times
Sounds like: Tennis, AB & the Sea, Dum Dum Girls
Tags: indie pop, lo-fi, beach house
Why do we like this?
My, how music has changed! I remember hearing my parents talk about the buzz right before The Beatles would release a new album: "What will they do this time? How long will John's beard be?" Yet today, it's possible for a band to peak before they ever release an album. Not to suggest that is the case with Brooklyn band Cults. I'm just saying it could happen"¦

After a rave review of their single "Go Outside" by Pitchfork, the relatively unknown band became an overnight indie-sensation last spring. Their three-song 7 inch sold out dizzyingly fast, yet almost no one knew what they even looked like. They were clearly cleverly creating a cult status: they had one band photo (not of the actual band) and no myspace page (which seems unheard nowadays).

Well over a year since they blew up, Cults is finally ready to release an entire record on June 7. The 34-minute 11-song album is kind of what you'd expect if you've heard "Go Outside." The 60s-inspired bubblegum sound bursts out of every track. The high pitched vocals echo over the catchy riffs on the keys and glockenspiel. It's short, sweet, and super fucking catchy.

Cults' album will not evoke deep existential questions from you nor resurface the pain of a complicated and tragic romance. But fuck it -- it's almost summer and I don't want to hear that shit anymore anyway. I just want to sit in the park and drink PBRs, while I listen to some sugary pop goodness. Deep-thought music is for the winter, but not Cults... 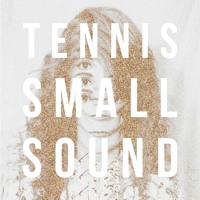 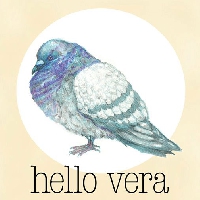 Hello Vera - On the Road