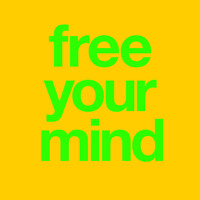 Aaron Blum
Published:
Nov 06, 2013
Total plays:
25,667
Saved:
202 times
Sounds like: Hot Chip, Bag Raiders, Du Tonc
Tags: Electronic, electro-pop, dance
Why do we like this?
Whelp, my mind and body just got freed after seeing Cut Copy rock the Fox Theater in Oakland, CA.  The Australian quartet define the modern days of disco with a balance of psychedelic rock and synth pop vibes.  No matter how many times that I've seen these guys play, the endless energy which they create never gets old.

The sold-out Friday night show started with their shadowy silhouettes appearing on a draped tapestry with fists in the air.  Then the curtain dropped and the crowd erupted, releasing their energy.  The band opened with "Free Your Mind," which is the title track from their newest studio album.  This song metaphorically and physically set the tone for the  night, which ultimately was one for the record books.

The set list for the evening was a good balance of old and new tracks, but it was the songs from their newest album Free Your Mind that I personally was looking forward to.  The part of their new album that fascinated me most was the deep house flavors they infused in some of the songs -- a direction that shows their growth and versatility.

After transcending through night, Cut Copy took us all on a epic journey full of euphoric highs and a few much needed breathers with tracks like "Strangers in the Wind."  Their hour and a half long set, which could've gone another two hours, came to an end, only coming out with an encore to top it all off with "Lights and Music."  I think we all woke up the next day with that track still playing in our heads, at least it was for me.