Daft Punk Around The World

Dwayne
Published:
Sep 16, 2011
Total plays:
1,457
Saved:
13 times
Sounds like: Thomas Bangalter, Justice, Le Knight Club
Tags: hip-hop, friday five, daft punk
Why do we like this?
Land of Talk put out perfect indie rock. The gritty vocals of lead singer and guitarist Elizabeth Powell compliment the carefully thought out drums and bass. Front woman, Powell, has toured with Broken Social Scene, as part of the ever-changing musical entourage. Their first EP (applause boo hiss) was heavy on the rock with fast paced layered songs, while the follow up (Some are lakes) didn't really capture the true glory of Land of Talk. (If you missed applause boo hiss, I suggest you go back and take a listen.)

The newest EP from LOT, Fun and Laughter, seems to have struck the perfect balance. The four new songs sound like Powell has matured, but she's getting back to who she's always been, at least musically. "May you never" is classic LOT, the slow build leading to a catchy pop rock up beat. With "As me", you wait for the song to make that same switch, but this song is built on riding the lo-fi drumbeats. "A series of flames" croons for slowing down.

Land of Talk is best seen live. In person, the trio really lets the grit and rock, power their sets. Luckily, the release of their new EP coincides with their upcoming tour. Trust me: catch them live. The full complexity of their music is best understood while watching Powell and the crew on stage.

There is something about the fragility of her voice that makes me melt to the core"¦I was really disappointed with their Some Are Lakes LP, but the snippets I've been hearing from their upcoming Fun and Laughter EP is making me forget about those ill fated endeavors. They seem to be returning to the structures that made their first EP too strong. Here's to hoping they'll be touring the Northeast sometime soon - Dipped in Dollars

Now healthy and rarin' to go Fun and Laughter's four new songs denote a sophisticated turn for the band, a veer away from experimenting with fast and unique guitar and vocal rhythms as a focus, and instead placing emphasis on framing the uniqueness of her voice in new ways. Powell can really sing, and these songs show it (although I admit they may have been a bit heavy handed with the vocal layering plus reverb) - Sound on the Sound 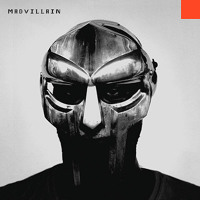 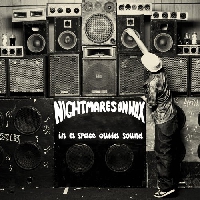 Nightmares on Wax - Flip Ya Lid