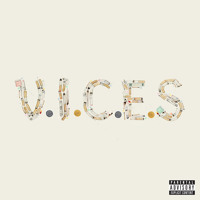 sweeney kovar
Published:
Jul 11, 2013
Total plays:
3,448
Saved:
26 times
Sounds like: Earl Sweatshirt, Roc Marciano, A$AP Rocky
Tags: hip-hop, a$ap rocky, roc marciano
Why do we like this?
Sometimes I just want to listen to something that is very disrespectful and crude. Some of my most fond memories of hip-hop revolve around driving a vehicle while listening to offensive lyricism over great production and exorcizing my teenage demons through stock car speakers. As I've grown up and into some bigger life perspectives and responsibilities, I don't take the hyperboles as lifestyle instructions so much as mediums to verbalize stress, expel unwanted energy, and laugh at ridiculous imagery.

But it has to be done right. For every Danny Brown or Roc Marciano -- MCs who can add nuance and humanity to rap cliches -- there are countless rappers who just plain sound flat and lazy, whose punchlines are uninspired, and whose take on rap cliches sound tired and offensive. The older I get, the more I find of the latter and less of the former.

I'm glad to say Da$H is a new cat that piqued my interest. The Jersey-raised rebel-rouser has a grimy charm, sliding over beats like a confident wino. One look at his Twitter page can give you a pictorial description of his drugs of choice, and he rarely goes more than a dozen bars without name-checking one or two.

Still, Heir Dash gets busy. His latest project (sixth if you're counting) VICES has the East Coast spitter doing what he does best, boasting about his drug abuse, threatening you, chasing cash, expounding his machismo, and once in a while showing he's an actual real person with feelings and disappointments. Yeah, it's a tired representation of masculinity, but I save the gender justice work to real life.

One of my favorites is "Brighton Beach." Over a soft jazz loop that could be corny should a lesser MC get ahold of it, Da$H does his thing. He compares a derriere's shape to the result of an allergic reaction, sees himself as Nic Cage in Gone In 60 Seconds, and checks into the Waldorf Hotel with a fake ID.  Fuck with it!
- Google sweeney kovar
Streaming source: http://soundcloud.com/hzglobal/08-brighton-beach-prod-1
TOUR DATES
View all X tour dates for .