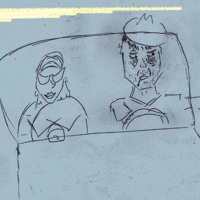 I remember first hearing "Lester"—a song I reviewed last summer—and being blown away by Dan & Drum's ability to exist within a musical space that is simultaneously accessible and experimental. And, in my opinion, what makes that track so cool is the perceived sense of effortlessness it gives off. At no point did it sound like they were trying to evoke a dual-consciousness in their music. It just felt natural.

Well, they're back at it again; managing to capture the essence of off-kilter composition and intrinsic catchiness with "Wanna Ride"—one of the many amazing tracks from their debut album Growl Pop, which is available to stream from all major platforms—i.e. Spotify, Apple Music, TIDAL, etc.

The foundation of "Wanna Ride" is a minimal guitar riff, carried by soulful vocals, crunchy drums, and a sax-esque synth that graces a shorter section of the song, topping off the playful drama of lyrics like, "Ain't you proud of me? How's it feel bein' somebody's queen? Would you rather be mad at me over every lil thing?"

Listen to more of the Growl Pop album on the band's Soundcloud. 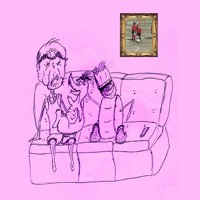