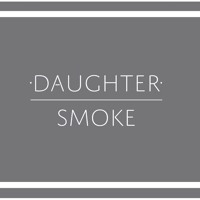 Jason Grishkoff
Published:
Aug 31, 2013
Total plays:
38,451
Saved:
610 times
Sounds like: Lucy Rose, MS MR, Bastille
Tags: female vocalist, indie pop, feist
Why do we like this?
So today we've got a brand new single from Daughter. "Smoke" was revealed as a B-side off their recent album If You Leave, and thus far has received relatively little attention. Hopefully we can change that!

True to form, this track is pretty darn depressing. I'm not entirely sure what Daughter have pent up inside, but it appears to manifest itself in the form of slow-building emotional ballads that tear at the heartstrings.

And yet, as depressing as these songs are, they're still darn good music. To boot, they lend themselves fantastically to remixes. Here's hoping someone does something a little more upbeat with this song. In the meantime, enjoy it for what it is, and/or grab the band's new album here.
- Google Jason Grishkoff
Streaming source: https://www.youtube.com/watch?v=iTuYunp4a3Y
TOUR DATES
View all X tour dates for .