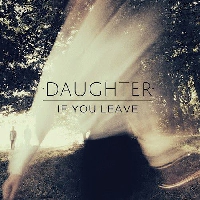 "Still" is the newest of the new when it comes to Daughter. Taken off their forthcoming debut album If You Leave, which is set to be released on March 18, 2013 in UK & Europe (via 4AD), and April 30, 2013 in North America (via Glassnote), "Still" is most-definitely a promising introduction.

We all remember falling in love with Daughter's "Smother" (released as a single) and "Youth" (released off of The Wild Youth EP) when they were first released, and "Still" does not flail in comparison. It is brimming with harmonic and controlled vocals courtesy of Elena Tonra, accentuated by a slow to mid-tempo aesthetic approach.

If you aren't yet convinced of Daughter's talented musical identity, just you wait until If You Leave is made available. Watch out, Florence Welch!