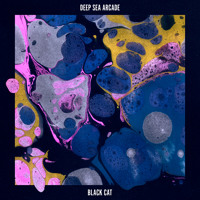 Hugh McClure
Published:
Aug 22, 2013
Total plays:
4,725
Saved:
143 times
Sounds like: The Beatles, Pond, The Bees
Tags: indie rock, rock, psychedelic
Why do we like this?
For a band with such a distinctly British sound, it made perfect sense that Sydney's Deep Sea Arcade would relocate there this past year to work on their second album.

Their debut record Outlands featured among my favorite Australian albums from 2012, so to say I'm excited to hear their new music is a definitely understatement. They've actually been pretty quick about getting back into it, with the first single off the new album being released just over 12 months since Outlands dropped.

Recorded and mixed by Dan Grech-Margueray (Lana Del Rey, The Vaccines, The Kooks), "Black Cat" is a pretty solid follow up, containing all we've come to know and love from Deep Sea Arcade. A cantering beat sets the tone, while Nic Mckenzie's typically reverbed and playful vocals, alongside some heavy guitar riffs, give the track a 60s, psychedelic vibe.

Deep Sea Arcade are returning to Australia for a run of shows in the coming months, the first taste of what we should expect from their new album (scheduled for release early next year).
- Google Hugh McClure
Streaming source: https://www.youtube.com/watch?v=J3ePgKu16oA
TOUR DATES
View all X tour dates for .