Drake continues to polarize audiences, and things aren't going to change with latest single "Wu-Tang Forever." That's right, Toronto's favorite has named a song after one of the most successful hip-hop groups in the genres history. A ballsy move for sure, especially when you consider Drake is known more for his chart topping R&B tracks that verge on emo-rap than grimy New York rhymes... but if anyone was going to do something like this, it would be my boy Drake.

What's even more absurd is "Wu-Tang Forever" isn't even a tribute to the Clan; it's actually named after the 1997 album containing the track, "It's Yourz," sampled by Drake for the song.

Rapping about his upbringing, friendships, rivalries and success, Drizzy continues to defy the haters, dropping smart, witty verses over another quality Noah  "40" Shebib beat. With Wu member U-God telling Vibe that the rest of the Clan have remixed the track earlier this year, this is sure to be another positive, if controversial chapter in the career of young Aubrey Graham. 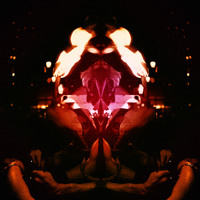