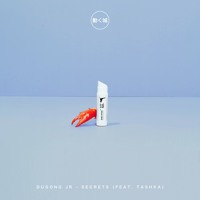 Dugong Jr. is a producer I have admired since I first stumbled across him on the Triple J Unearthed charts in 2014.

Part of international artist collective and label Moving Castle, the 24-year-old up-and-coming producer has gone from strength to strength since releasing his debut original "In Love" on an early Moving Castle compilation in 2014.

For his latest track, Dugong Jr. links up with Tashka to inject a refreshing slice of contemporary pop into the lovely mix of bright sounds and colourful production he already brings to the table.

Be sure to support both Dugong Jr. and Tashka on their socials!