To commemorate the release of their respective albums this week, Earl Sweatshirt (I Don't Like Shit, I Don't go Outside) and Action Bronson (Mr. Wonderful) have teamed up for the Alchemist produced "Warlord Leather."

Both Sweatshirt and Bronson deliver single verses over the downtempo funk production, with background vocals credited to the one and only Lou Diamond Phillips.

"Warlord Leather" is good enough to be included on either of the rapper's albums and is a great taster for anyone who hasn't got around Earl's sophomore and Bronson's debut LP. 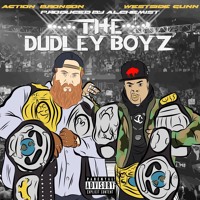