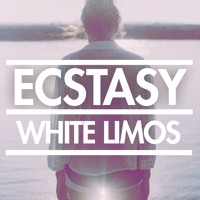 Brontë Martin
Published:
Dec 31, 2012
Total plays:
22,558
Saved:
282 times
Sounds like: M83, The Naked and Famous, Band of Horses
Tags: Electronic, shoegaze, 80s
Why do we like this?
I'm pleased to introduce Ecstasy (the band). Hailing from London, England, this electronic/indie group is new to the music scene, having emerged in late September 2012. They have no booking agent, no manager, and are unsigned. Seemingly representative of M83's strong 80s influence, Ecstasy finds themselves influenced by The Smashing Pumpkins, MGMT, Band of Horses, Robyn and 10cc.

"White Limos" could easily be mistaken for an M83 song, with a steadily paced drum beat, euphoric vocals, and infused bubbly synth. Ecstasy has only released two other tracks, one of which is a cover of "The Funeral" by Band of Horses, available for free on their Bandcamp.
- Google Brontë Martin
Streaming source: http://soundcloud.com/ecstasytheband/white-limos
TOUR DATES
View all X tour dates for .