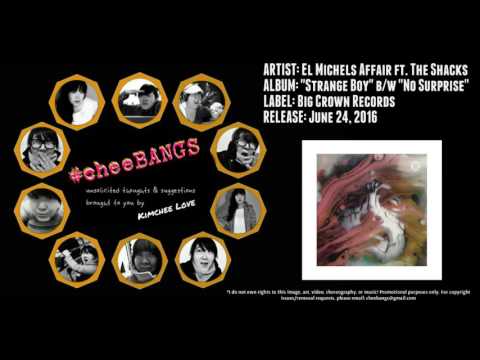 When two musical groups collaborate, it has the potential to go south very quickly. More often than not, it heads the way of a competition more than a collaboration, as each tries to get their distinct "sound" heard. This usually makes the song/album/whatever unpleasant to listen to, as any music where the ego of the artist is palpable becomes something that can be experienced only by the artist and not by its listener.

"Strange Boy" is striking, but not because of any flourishing guitar solos, or excessive showmanship. Instead of competing, established band El Michels Affair and newcomers The Shacks have crafted a track that could have been written by one person or a hundred, and it really doesn't matter either way.

The matter-of-fact lyrics depict something quirky but not wholly unrelatable: a girl's affections towards a musician boy she feels she doesn't quite understand. And, as the two bands aren't battling it out through the musical track and therefore it doesn't particularly change much, the composition does allow for the predominant focus to be on the lyrics. Through this, "Strange Boy" drags you into the world that it has created for itself, ultimately making you empathize with the girl in a way that keeps you listening to the song, as you, too, want to know more about this elusive boy.

"Strange Boy" isn't a particularly complex song, but it doesn't need that. It's compelling enough just by allowing itself to be what it is. 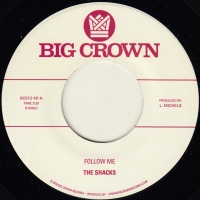 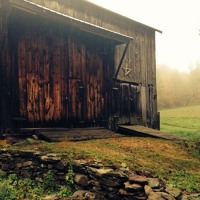