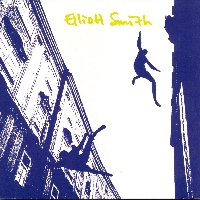 Elliott Smith Needle in the Hay

Know what I've found to be the most efficient introduction to Elliott Smith? Remember that really intense scene in the Royal Tenenbaums where Richie Tenenbaum (played by Luke Wilson) attempts suicide? That chilling scene where he very calmly takes out a razor blade and slits his wrists in the bathroom? The song that's playing? Yeah, that's Elliott Smith.

However gifted, amazing, or genius a songwriter Elliott Smith was, the bottom line is that he made music to commit suicide to. Which is what's presented here: a collection of his standards for the next generation of emotional artists.

This is the music of alcoholism, addiction, and depression. Not the hopeful type either; it's the commiserating type, which honestly can be some of the finest rock music. The way in which artists live and die are closely intertwined with the perception of their art. Just look at the enshrinement of the 27 Club, Jimi Hendrix, Janis joplin, Jim Morrison, and Kurt Cobain, who all died at the age of 27.

In the end, I'm not really sure who An Introduction to... is for outside of the estate of Elliott Smith. His albums are all standalone classics, which means they should stand alone, and not in some mashed collective. If you're really looking to get into Elliott Smith, buy any album of his but this one. But be warned -- it could lead to intense emotional distress.