Feist I Feel it All (Britt Daniel Remix)

Jason Grishkoff
Published:
May 23, 2011
Total plays:
21,776
Saved:
67 times
Sounds like: Cat Power, Kings of Convenience, Broken Social Scene
Tags: female vocalist, indie folk, feist
Why do we like this?
At first glance, Britt Daniel's name may not ring a bell. But I bet the band he sings for does, so I'll give you a hint: it's something you eat soup with.

That's right, he's the frontman of Spoon! Back in early 2008 he released this gem of a remix, adding his own keyboard and warming up the sound of the original, twangy track. Still, he's careful to keep steady the amazing vocals of Leslie Feist.

Rumor has it that she's in the process of writing a follow-up to Reminder. We'll let this track stand as a reminder of just how awesome that might end up being.
- Google Jason Grishkoff
Streaming source: http://soundcloud.com/atothaa/i-feel-it-all-britt-from-spoon-remix-feist
TOUR DATES
View all X tour dates for . 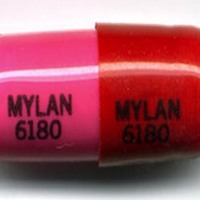 Feist - How Come You Never Go There (Clock Opera Remix)