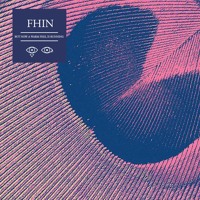 Fhin But Now A Warm Feel Is Running

Premiering tracks from French producer Fhin on Indie Shuffle is becoming a habit -- we premiered their second and third single at the end of last year. But eh, tracks are always so good it’s hard to say no. This time, for the premiere of Fhin's new track "But Now A Warm Feel Is Running," I figured that I should ask Fhin (aka Brice Rivallin) a few things about his project, the way he produces music and his coming EP.

Hi Brice! You seem to be a newcomer to the music scene, and yet you are undeniably talented. I guess your skills didn’t show up overnight… Could you tell us a bit about your artistic journey, your pre-Fhin life and the birth of your project?
I grew up in an atmosphere marked by music and I kinda always knew it was my thing. I started playing drums at a very young age and as my father is a big fan of music I was surrounded by the likes of Pink Floyd, Alan Parsons, or Mike Oldfield. While growing up, I listened to them with fresh ears and it was a shock. Then I started learning guitar, my mother taught me a few things on piano, and I was soon able to improve simple melodies. Listening to Keith Jarrett’s Köln Concert made me realize that I absolutely had to stick to piano -- I can’t read a score but I can play what is in my mind most of the time.
Later I grew used to music production software and I got hooked – I couldn’t believe the endless creative possibilities I had in my hands. Then I became interested in the sound itself and synthesizers, I started making productions of my own and little by little Fhin began to take shape.

I saw that you are based in Paris. What do you think about the current Parisian scene? Is it an important inspiration to you, or did you get your sound from more distant influences?
I really like what’s happening in France right now. I have the feeling that a great generation of artists is emerging and it’s a pretty amazing feeling. I’m thinking about guys like Superpoze, Paradis, POSTAAL, Saje… The guys from Shoes, too -- they just dropped an insane album.
What we have is a very sensitive scene, great compositions, and a marked interest for the sound processing itself. I also listen to many people abroad, there are guys out there that really move me -- Nils Frahm, Jon Hopkins, Mura Masa…

Speaking about sound, could you try to define yours? What best characterized it for you? I noticed that on this track as on "Your Heart Sounds Like" you are using a male-female duo singing in unison. Still, I guess there is much more to say.
I always have some trouble defining what I do, mostly because I don’t restrain myself. I can produce a entirely electronic track and next create a track with just piano and vocals. Besides, when you tell people “I do electronic music” they will imagine you DJing behind your turntables, not adding vocals over guitar and other channels. It’s definitely not easy to define… We should create more words.  On "Your Heart Sounds Like" as on other tracks (including “But Now A Warm Feel Is Running”), you can hear a feminine voice blending with mine. It’s actually my voice that I process to give it this feminine aspect. I like to think that one doesn’t have a man or a woman’s voice, only a mixture of textures and a specific vocal intention.

Could you tell us more a about this specific track? Was there an emotion you wanted to express?
I wrote the lyrics and produced the track thinking about a time in my life when I was wandering here and there, going to parties -- the beginning of freedom but I didn't have a driver's license. There was this thing I loved the most: as I was living in the suburbs, I was often walking back home at dawn. I would walk for a couple of hours, still slightly drunk, and would immerse myself in the music, letting my thoughts go with the flow.

I heard that your first EP is on the way. Is that the next step?
Yes! The EP is ready, I can’t wait for it to be finally released. It’s a good glimpse of my universe, I put my heart and soul into it, and I very much enjoyed producing it. It’s always a lot of fun to play these tracks live, I always feel something special just as when I composed them. I intend to engage myself a lot in the scenic aspect of this project, I look forward to play live in many locations and to share the emotions I feel with the audience -- that’s the best part to me!

Nice! Thanks for your answers, Brice. 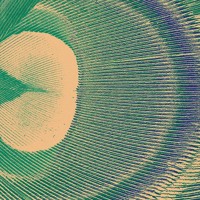