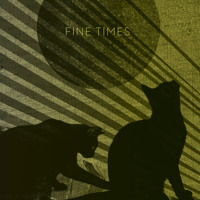 Christiana Bartolini
Published:
Aug 24, 2012
Total plays:
24,796
Saved:
108 times
Sounds like: The Walkmen, Passion Pit, Twin Shadow
Tags: indie rock, indie pop, synth-pop
Why do we like this?
Allow me to introduce you to Vancouver duo, Fine Times. They've got a lovely grasp on synth-soaked indie rock that'll engage you from the beginning to end.

Fine Times' "Hey Judas" relishes in layers of atmospheric synths and guitars, with a catchy anthemic chorus. This is the type of song that will get stuck in your head whether you like it or not. It's cemented in its own loop of chords that never seem to get old, giving way to just enough pop sensibility to grab the listener and not let go until the track is over.

Even though Fine Times is relatively new to the scene, it sounds like they've got a good thing going for them. They'll be releasing their self-titled debut album on September 18.
- Google Christiana Bartolini
Streaming source: https://www.youtube.com/watch?v=zyt4Ig-dQ0s
TOUR DATES
View all X tour dates for .