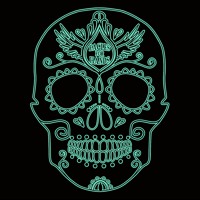 Following the emergent trend of putting an electronic spin on an R&B sound (I'm not complaining!), Eagles for Hands have remixed FKA Twigs' "Water Me," from the London-based solo artist's EP2. Since the release of "Water Me" in early September under the independent label Young Turks (which also houses the likes of Jamie xx and Koreless), it has already undergone a surprising number of remix attempts. Emphasis on the word""˜attempts."

In my opinion, only has Eagles for Hands managed to sustain the raw, emotional, slightly disturbing tone of the original track in this "unofficial" remix. It is distorted, progressive, airy, and simply wonderful to listen to. If you like this remix, you'll love the original even more.