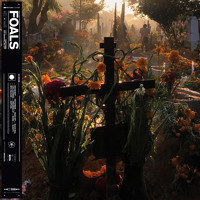 Callum Mitchell-Simon
Published:
Sep 02, 2019
Total plays:
8,705
Saved:
162 times
Sounds like: Thee Oh Sees, The Black Keys, Everything Everything
Tags: indie rock, rock, foals
Why do we like this?

Foals have talked a big game since the start of 2019, lauding their two part album Everything Not Saved Will Be Lostas career defining work from the off.

Part One, released in March, delivered the goods in style -- featuring the highlights "On The Luna," "In Degrees," and "Sunday." It mixed their signature indie and dance credentials into their most consistent release so far, and landed them their third Mercury Award nomination in the process.

Part Two, which follows in October, promises to be more of a "straight up rock" affair. "Black Bull," their first single from the album, certainly holds up to that statement, with urgent duel guitars and a thundering beat leading into frontman Yannis Philippakis' howling, impassioned delivery. It's one of the rawest, most primal songs they've released to date, an adrenaline hit which never drops the pace for one second, and clearly sets up the hype for Foals' next album -- following through on their promise of a landmark year for the Oxford five-piece.

Everything Not Saved Will Be Lost - Part Twois set for release on October 18th via Warner Music and Transgressive Records. 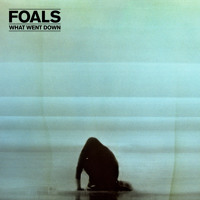 Foals - What Went Down