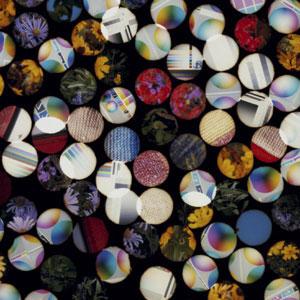 thismusicwins
Published:
Jan 31, 2010
Total plays:
8,081
Saved:
24 times
Sounds like: Aphex Twin, Burial, Autechre, RJD2
Tags: Electronic, house, four tet
Why do we like this?
I'm not ashamed to admit it, I had problems writing this review, or at least starting it, and the main reason behind this is that Four Tet's album has hit the spot so perfectly with me that I just don't know how to translate it into writing without letting my childish over-excitement spill through.

I could say that it's innovative, but you probably already knew it would be. Four Tet is quite simply one of the best in the business. I could equally say it sounds like nothing ever before, but the fact is, it does. It sounds like Four Tet. What sets it apart in my eyes is just how much more musically mature Hebden seems to have become in the five years or so since his last release. The mad staccato drum machines which littered every corner of 2005's Everything Ecstatic have been almost entirely cut out - the only time any kind of glitchy drum beat features on this release is on the rather misleading preview track 'Love Cry'. This time round, the drum machine is dropped in favour of a low murmur of a bass kick, and the effects are infinitely calmer. In fact, Four Tet has never sounded so close to post-rock. Every element of his new album -- the layering, the subtleties and the soundbase -- points towards the genre which he spent so many years working on in the days of his frequent collaboration with former band Fridge.

There Is Love In You is subtler than his previous albums, but equally as grand when the songs resolve. Four Tet effortlessly builds samples around minimalistic beginnings to cater for all in his unassuming and quietly contemplative selection of futuristic samples and overture of hushed electronic tones. Love Cry stands at 9 minutes, and with unchanging percussion, drives itself together to an almost hypnotic finish. Followed by the equally trippy 3/4 song Circling, this makes for IDM of the highest quality.

There is Love in You is quite clearly Kieran Hebden's most personal release to date. It's entirely instrumental (minus the odd Burial-esque cry/sample which filters through on occasion), but in spite of this you can just tell by the album title and the range of moods he creates with exclusively his cut-up and manipulated samples, that this album deals with a whole range of emotions and experiences that he hasn't dealt with before. I always assign far more meaning to subtle and ambient music than I do to anything in major (here as much as ever), and its fairly clear that Four Tet feels the same. As I always say, it's the albums which feel complete, and take you to the darker places, that manage to stick with you forever. There is Love in You comfortable collects the title of my favourite release in 2010 to date.
- thismusicwins
Streaming source: https://www.youtube.com/watch?v=bH6OzjAzvcA
TOUR DATES
View all X tour dates for .