Let's get some facts out of the way. Anna, while in native Austria, she caught the attention of Lenny Kravitz. Not quite sure what happened there, but she was invited to tour with him on his European tour as Anna F.

She later found herself writing poetry and making music in Joshua Tree with Roosevelt bassist Matthias Biermann. That's where the inspiration for Friedberg came from.

The video is moving. It has a deeper meaning that is visible on all of the characters faces, and from the settings to which they belong. I'll definitely come back to it. It's entrancing. 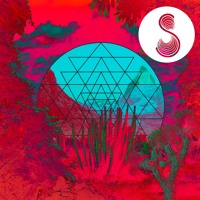