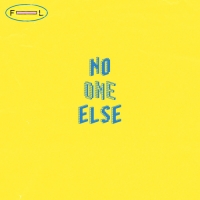 From Indian Lakes No One Else

If you're roughly the same age as me (mid-30s), chances are your teens were filled by a whole bunch of Death Cab For Cutie. Which means that when From Indian Lakes' new song "No One Else" crossed my path, I found it was right up my alley and worthy of a feature.

The California-based band, fronted by Joey Vannucchi, have been around for some time now, first cropping up on the scene in ~2009. "No One Else" comes as their latest offering, a single off their upcoming album.