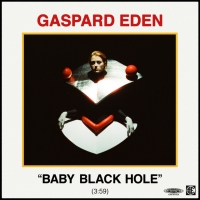 Lizelle reached for the potplant on the shelf overhead and pulled it down to be trimmed, watered, and promptly returned. She had come to find a way to keep things consistently ordered. After all, she had to if she wanted things to run smoothly.

The new girl walked past her and took the opportunity to probe further into a conversation from earlier in the week.

"Have you started chapter two yet?" the new girl asked.

"Of the Tao Te Ching. What did you learn?"

Lizelle wracked her brains to try and recall what she had learned and walked over to the next potplant to buy herself some time.

With her calling-a-spade-a-spade attitude, the new girl mock-narrated the situation, "...and she swiftly walks away."

"They say if you can speak of it, that is not the Tao," Lizelle had found a talking point.

"What does that mean?" the girl inquired.

"The Tao, they say, is older than language."

Canadian singer-songwriter, Gaspard Eden, plays within his own subconscious to create music that he feels is the product of intuition. His songwriting relies on simple words to illustrate states of being that transcend language.

I often find myself wondering if there really is something outside of language. In a book I read about silence, the author makes use of the word 'outwith'. It means beyond, and she attempts to illustrate a silence that is outwith language.

In "Baby Black Hole", Eden's beautiful vocals melt the lyric 'trapped into a sea of time'. In Buddhism, time is not considered to be established in and of itself, nor is it a container within which things exist. It is rather closely linked to consciousness — we concieve of a past and a future that is outside of the present moment. Time exists in thought; it is conception. Thought is a sort of subvocal language, and so, to transcend thought, would be to reach the space outwith language. Possible? It may be worth exploring.

Excuse my rambling but this song has sparked a fair bit of curiosity within (inwith?) me. The idea of one's love-interest being a 'baby black hole' is rather fascinating too. So hold tight, here goes another contemplation.

Are we not beings who love distraction? I know I am rather averse to boredom, and so, on the back of that, I'm quite a fan of distraction -- the more intriguing, the better. That said, what is more fascinating than another human being whose world of thought is a total mystery? The only hint we receive as to what is going on inside of a person's mind is through the limited and linear medium of communication; whereas that which is trying to be conveyed - one's thinking - is instantaneous and vast. Thinking thus, a love-interest is indeed like a baby black hole, within which one can peer for endless time and still have more to learn.

Anywho, if you're still reading, thanks for taking this journey with me. Hope it brings you more good than bad i.e. I hope I didn't waste your time.

TL;DR: This is a great song performed by a wonderful artist.

"Baby Black Hole" marks the last single released before the launch of Gaspar Eden's album Soft Power. So if you like what you hear, be sure to give him the old follow over on Spotify. 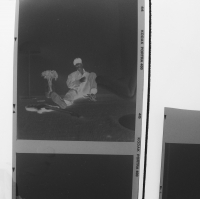 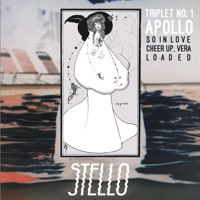 Stello - So In Love 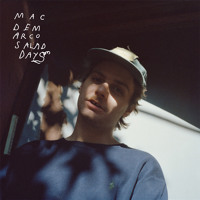