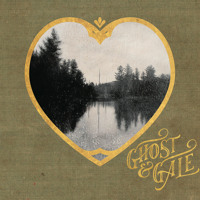 Hannah Levy
Published:
Nov 06, 2013
Total plays:
13,842
Saved:
211 times
Sounds like: Iron & Wine, The Civil Wars
Tags: female vocalist, acoustic, acoustic folk
Why do we like this?
You can't help but close your eyes when you listen to Ghost and Gale's gorgeous folk track "Rosemary," letting the dreamy, rich vocals of Brodie Jenkins and David Luning wash over you. The song comes off the duo's debut EP, which will officially be released on November 14, 2013. If you're in the San Francisco Bay Area, you're invited to join us at Amnesia for their release party!

Ghost and Gale make dream folk that soothes your soul. Their songs make you want to daydream in the middle of a grassy meadow, lying on your back and watching the sky turn from azure to pink. It's the perfect soundtrack to play at twilight. Follow them on Facebook for more!

In anticipation of their new EP, Ghost and Gale have created a series of video previews for each track, filmed, directed and edited by Hana Haley. They will continue to post one teaser every few days up until the release. Here's the first one: