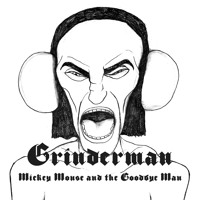 Mike Madden
Published:
Oct 06, 2010
Total plays:
2,454
Saved:
6 times
Sounds like: Nick Cave and the Bad Seeds, Black Mountain, The Afghan Whigs
Tags: alternative, rock, folk-rock
Why do we like this?
Though he may not be a household name, Nick Cave has reached legendary status in some circles over the past 30 or so years through his work with the Birthday Party, the Bad Seeds and Grinderman. Grinderman 2, quite obviously Grinderman's sophomore effort, should only add to the Cave legacy while continuing the streak of strong releases from his projects.

The template that Grinderman (Cave plus three Bad Seeds members) set for itself with its 2007 debut remains intact: vulgar, bluesy rock that prominently exhibits Cave's lyrical idiosyncrasies. He might be singing about psychopathic siblings ("Mickey Mouse and The Goodbye Man"), begging for a taken woman while identifying her children as "jug-eared, buck-toothed imbeciles" ("Kitchenette") or telling his lover how she replaces his need for a variety of things, from the moon to a record player ("Evil"). The guitars and Warren Ellis' violin howl along with Cave's vocals, which occasionally reach the same level of horniness we found him at while he whined about the "No Pussy Blues" in 2007.

I'll be blunt: this may be the best album Nick Cave has taken part in over the last few years. Fans of Grinderman's eponymous debut will likely enjoy this even more, simply because it seems as though the band is improving whatever they're trying to do. I personally can't wait for the next album (I wonder what it will be titled...)
- Mike Madden
Streaming source: http://soundcloud.com/muterecords/grinderman-mickey-mouse-and
TOUR DATES
View all X tour dates for . 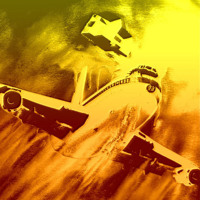 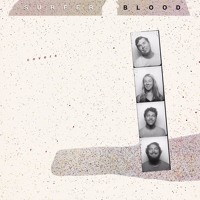