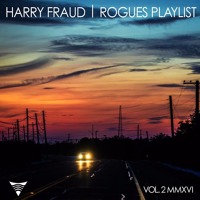 2017 is here and the flood of new music has already begun streaming in, with New York producer Harry Fraud releasing  Rogues Playlist Vol 2.

The followup to 2016's mixtape Rogues Playlist features 17 tracks Fraud produced during the year along with three new cuts. The first two - the string based "Empire" featuring French Montana and the mellow "Don't Forget It" with verses from G Herbo - are great, but it's the Action Bronson cut "Dealer Plates" that piped my interest.

These two always cook up something special ("Bird On A Wire," "The Rockers") and "Dealer Plates" is no exception. Fraud lays down a funky beat for Bronson to spit rhymes ranging from his love of Grey's Anatomy through to the Stone Cold Steve Austin tee his wearing.

Hopefully these two will follow up their 2013 collaboration, SAAAB Stories, with a new album soon, but until then you can enjoy "Dealer Plates" and the entire Rogue Playlist Vol 2 tape here. 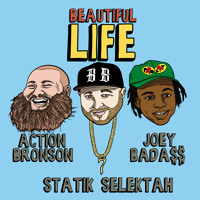