Hoodie Allen The Chase Is On

Jason Grishkoff
Published:
Jul 21, 2011
Total plays:
52,807
Saved:
212 times
Tags: hip-hop, Childish Gambino, chiddy bang
Why do we like this?
Woohoo! Brand new single from Hoodie Allen, "The Chase Is On" (+ a video as well). The song features sampling from Walter Meego's "Girls," which is wholly appropriate as the subject of the song deals with, well, attraction to females. Speaking of which, the accompanying video features Sofia Black D'Elia (of MTV's Skins). I'm pretty sure she's not yet 21, so it kinda makes sense that the party gets busted up at the end of the vid.

The single signals the release of his upcoming mixtape Leap Year, set to be released in about five days. He's also going to be kicking off a nationwide headlining tour starting at the end of July. 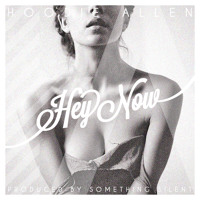